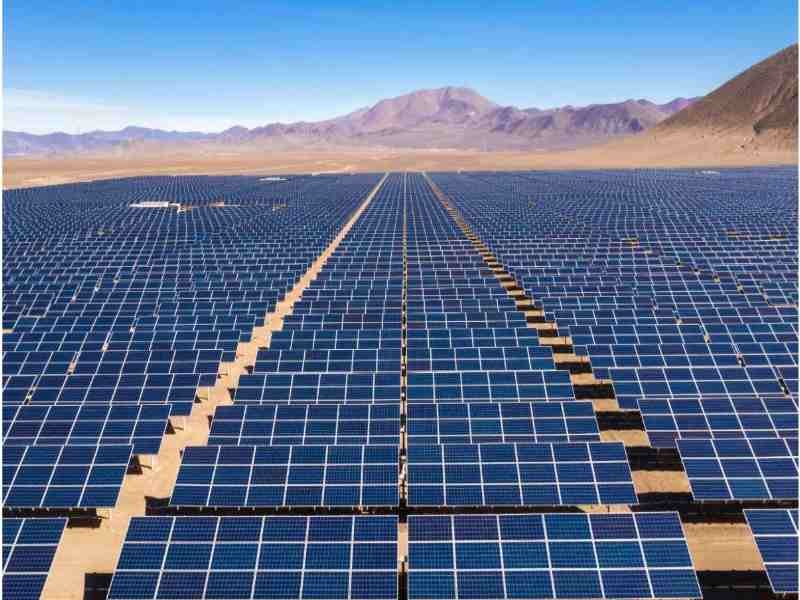 Solar photovoltaics is set to be the number one technology deployed across the globe for energy production, increasing the world’s installed capacity by 75% through 2027, adding 2,400 GW over the period, said the International Energy Agency (IEA).

The IEA report said that renewable energy expansion is 90% of the planned additions worldwide, and solar accounts for over 60% of all forecast renewable capacity expansion, setting records for annual additions every year through 2027. Cumulative PV capacity nearly triples in the IEA forecast, growing by almost 1,500 GW, and exceeding natural gas by 2026 and coal by 2027.

Cost declines and the desire to boost national energy security and climate resilience are driving widespread adoption. In the U.S., the cost of utility-scale PV fixed tilt was $4.75 per Watt in 2010, and it declined to $0.94 per Watt by 2020.

The world will need 5.2TW of solar power generation capacity by 2030, and 14TW by mid century, to have any chance of limiting global average temperature rises this century to 1.5 degrees Celsius, said the International Renewable Energy Agency (IRENA).

Below is the list of the 15 largest producers of solar energy today, ranked in terms of operational capacity as reported in the BP Statistical Review of World Energy:

The world will have to install 450GW of new solar capacity each year – most of it utility scale – for the rest of this decade, with China and India to lead Asia to a roughly half share of the world’s installed PV capacity in 2030, estimated IRENA’s World Energy Transitions Outlook report.

Elsewhere, North America will need to install 90GW per year of solar to claim a 14% share of the world’s operating panels at the end of the decade, and Europe’s 19% slice of the pie will require 55GW of annual solar capacity additions.

The world will have to start devoting $5.7 trillion per year to the energy transition for the rest of the decade to reach these targets, said Irena. That can be feasible if the $700 billion per year channeled into fossil fuels is immediately diverted to the transition, the publication stated. Public investment in the transition will have to immediately double, too, said IRENA, to attract the remaining money needed from the private sector, which would bear most of the financial burden.

Francesco La Camera, director-general of IRENA said, “Progress across all energy uses has been woefully inadequate.”

No comments to show.

When I’m working on a problem, I never think about its beauty, I just think about how to solve the problem, but whe… https://t.co/yDflgnWu5N
04 Jan 2022
If a project is intense, valid, and has a powerful idea, its imperfections will be in the background
04 Jan 2022
Early in my career...I had to choose between an honest arrogance and a hypercritical humility... I deliberately cho… https://t.co/NFAUFGWh35
04 Jan 2022

Call us and get it done

Export specialists, we can organize International shipments from one pallet to several Full Container Loads.
Get A Quote
© Barbillon. All rights reserved.